Hundreds of Filipino candidates signed up to participate in the annual preparatory language training program conducted the Japan Foundation. Hiroaki Uesugi, director of Japan Foundation in Manila, informed that 333 people have been selected for the program, 39 of which are nurse candidates while 294 are certified care workers. Japan Foundation is a government body which serves to promote Japanese culture.

Uesugi added that the participants would have a six-month training period here in the Philippines to learn Japanese language. After which, those who pass the course would travel to Japan for another six months of training. After completing the training period, they will be dispatched to hospitals and care giving stations. 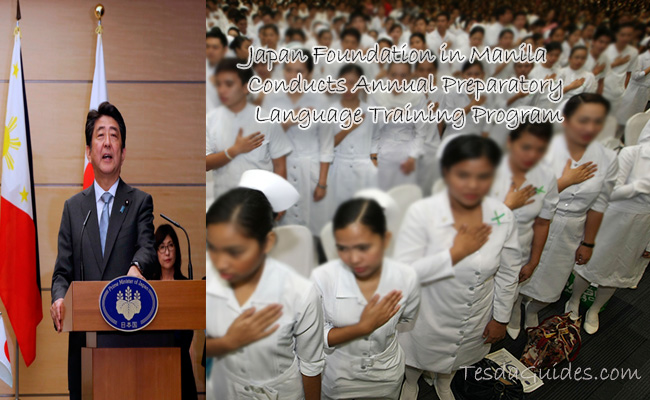 Candidates can opt to take the Japanese licensure exam for nurses and caregivers to allow them to permanently practice their profession in Japan.

Candidates would learn the use of Japanese written hagana , katakana and kanji characters. They would also be taught Japanese customs and manners which are essential for living and working in the Japanese society.

The program is now in its ninth year and is running under the Japan-Philippine Economic Partnership Agreement. The program is conducted with the cooperation of several Philippine government agencies like TESDA. POEA and DOLE.